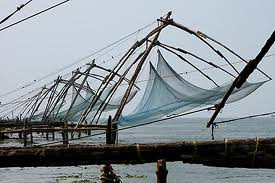 Cochin, the Queen of Arabian Sea is situated in the heart of Ernakulum city in kerala state of India  which is about 30 km away from Ernakulum city and it shares border to Vypeen and the Willing ton Island which is also remarked as  the “Poor Man’s island”.The Beauty of Cochin is derived from the Arabian Sea and the vigor Scenaric beauty that is prevailed. The astonishing beauty of sky - embark add glory to the Cochin city. Goddess of beauty has been miraculously smeared his graceful hands to add the beauty of Cochin City. Cochin is also crowned as the “Pearl shell of tourist” as it glimpses the natural beauty of Kerala. It is in the Vasco da gamma church of the famous voyager Vasco da gamma has been   buried.Kochi  is crowned as the "Tourist home of India"


Etymology: - The word Cochin is derived from the Greek word kochii, which means, "Fort of Route”.


History: - It is predominantly believed that king who ruled Cochin pave way to the to the Portugal force to establish their new trade routes to open new commercial business in 1503 which leads to the sculpturing of new fort in Cochin city .Thus Cochin has thereby renamed as Fort kochi which was carved out of  Forts and pilgrim which was built by the Portuguese. Through this Portugal invasion and possession, there lead to the emergence of  many Palaces and synagogues and which added glory and increased the beauty of Cochin city .Their “Old house models”and "Build up houses"  is still persisting  as a sculpture for the Cochin city. The wide range of Chinese net prevailed for fishing adds glory to the Cochin Beach.

Most Important days and events :


Of course the most unevetable event  day you need to manidatory attend while on cochin is  December 31 party in cochin beach.At sharp 11.55 P.M of that day  the gorgeous santa clause built in Beach will be fired in ash in regrettance of the past year whether good or bad and welcoming the new fresh year.Grant tropical tree in kochi will be adorned with different coloures of light which adds glory to kochi..It is Yet another name  for Merry making.The other most important event you must not missed while in cochin is the extraordinary "Cochin Carnival".It happens in January 1st of every year.Navy fest  held at first week of  December and Feast of the Queen of the most holy rosary held at October are also important

Cochin carnival :It is Most awaited festival of Cochin kerela state of India.It Conjectured the
Portugal style of welcoming New year. The programme starts at sharp 2.00 P.M in evening in  January 1st of every year  in the Fort Kochi city. Elephants are Traditionally used to honor the programmes.and thereby follows the rest.It includes all the cultural and traditional form of art. . Tabulouo make us remark of the current affairs held in the society. Dazzling ceremonial elegance and unparalleled splendor marked glory to the fiesta .Various unique games such as Bike race,Fire work display,Beach Volley ball are held as a Part of this event .A committee ifs formed for making this programme fabulous and sponsors are arranged to provide prices for the best performers.The winners are awarded with cash prices and best runner up is honored with  Fabulous prices.

Onam is yet another most common national festival celebrated by all keralites.in the Malayalee month "Chingam"which falls on August-September of every year.In that day we honor the Mythical king "Mahabali" and host prepares Special food called"Sadhya" in banana leaves.  it is common to wear tradtional Saree for women  and "Kasavumundu" for men on that particluar day and  use to put Flower carpet for welcoming Gorgeous Mahabali .Cultural events will be held in this day such as "Pullikalli,Vallam kalli etc.

How to Reach there:- There are many different ways to board on Cochin through Airways, Seaways, Railways and Roadways.

1)Airways:-   Cochin airport at Nedumbaserry is considered
as world’s nineteen modern international airport that connects Cochin to even the hooks and corner part of the world with regular intervals of flights. Prepaid taxi es are available at Airport that can lead you to the destinative place with ample facilities.

2)Seaways:- Cruise is available to hoard  in the gateway of Kerala(Cochin) which  will land you in the Cochin Port the longest port in India and also local boats is available to port you in Cochin city through sea route 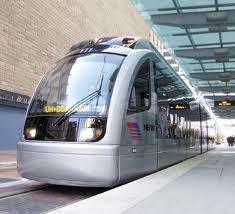 3)Railways:- Ernakulum railways that can connect you to Cochin city and there are two main railway unction such as North station and south station and it is approximately 24 km away from the railway stand to reach “Milestone of Ernakulum" that is the Kochi.

4)Roadways:- Different types of transport vehicles such as Local bus, Low floor bus, K.S.R.T.C buses ,Autos and  Cabs that can help you to roam round to view the beauty of Cochin city .

The Best time to visit there is from October to February, ,when the glazing sun diminishes its shine and allow the winter to smear its gracious  hand to sculpture  the cochin city .

Where to stay?:-  There are many Home stays and Hotels available.It include Copper, Silver, Gold and Diamond rate such as Very Cheap,Moderate, Luxurious and Premier Luxuriousness mode. They include accommodation  and Food. Home stays  provide healthy style with comfort living when compared to hotels. Food will be served On demand. Food includes Continental,Spicy and Seafood or as per the demand. Best food available there is defintely the Sea food and there are hotels where they will cook the fish we buy as per our taste .

Beauty par lours  and Spa:There exist a number of Beauty parlours for ladies,Kids,Teens and Gents.Special par lour is available for Spa and hair therapy for better refreshment from stress.Ayurvedic treatment is also provided for Body ailment. 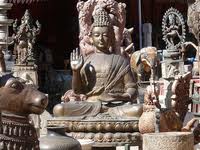 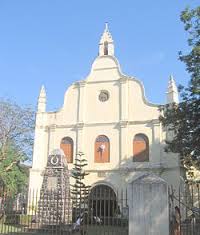 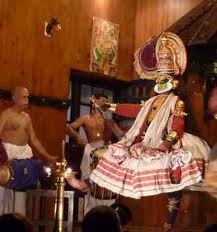